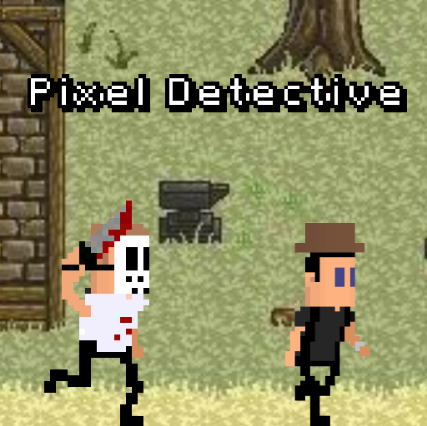 Pixel Detective is a project I made in my spare time while I was in college in 2013. I uploaded the game to Steam Greenlight and ended up offered a release but turned it down as I didn’t have the time to finish the game.

Strange murders has been happening near the woods lately. Detective Pixel has been sent out into the woods to find out what is going on and why people keep disappearing and turning up dead. With no weapon other than mind he must solve the mystery and find who the murderer is, and where he is hiding.

Pixel Detective is a 2D adventure game. As the name suggests it’s a game where the main character is a detective. The detective is able to pick stuff up such as tools and keys, among other things. The player will find himself stuck in certain puzzles and will have to find the solution to get passed it. The game has elements of horror, such as being chased by a maniacal murderer.