Oitune is a game build for a group project at the ITU for the course Game World Design in 2016. 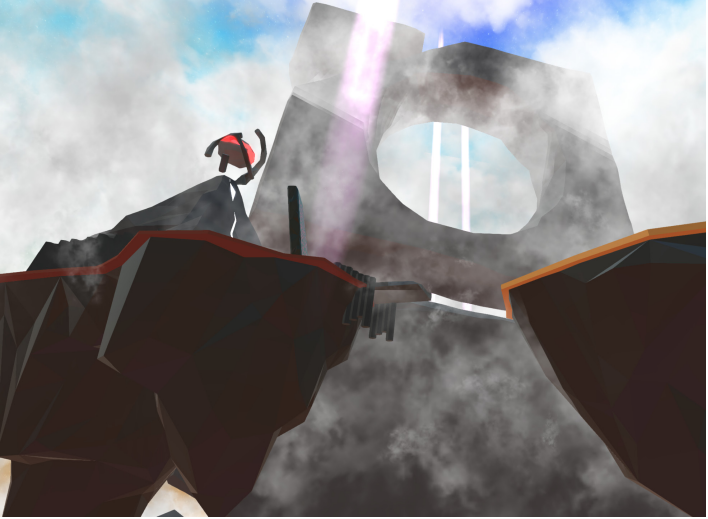 A planet once broken apart due to the ignorance of its inhabitants is now trying to rebuild itself. A long gone civilization mined too much of the planet’s crust and eventually unleashed the destructive, magnetic powers within causing it to shatter into pieces. After years of dissolution the world is only just beginning to regenerate. Traces remain of it’s past and hints of the future can be found if one looks close enough.

The world is part of a remaining planet and collection of smaller land masses. As depicted in the Location of world diagram below the focus is on on a small group of islands centered around a huge monolith floating between the clouds above the positively charged core of the planet. The surrounding floating islands orbit the monolith. A player may navigate from the bottom of the world to the top of the world. It is very clear that big forces are at play around these parts and as an observer one can feel very small between, below and above these grand ruins. The hexagonal rocks occur naturally, also formed from the material that was used to build the monolith which enables the islands to float in the air. The stone formation is heavily inspired by the Giant’s Causeway in Northern Ireland. 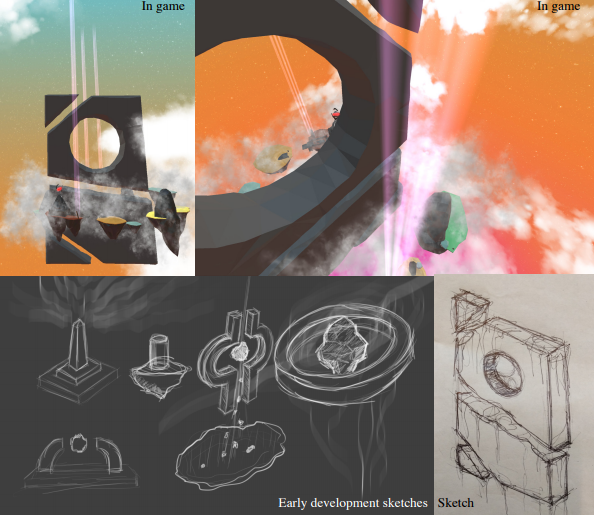 The monolith is the centrepiece of the world. It consists entirely of Mosmun, the Oituneans’ word for the powerful charged material that keeps the world in place. The monolith was ordered built by the last emperor to appease the seemingly angrier gods, who the Oituneans believed were the cause of the increasingly unstable world they lived in. In actuality the world became less and less stable because of the unsustainable mining of the crust that kept the core of the planet in check, thus creating a very negative feedback loop. The world shattered before the monolith was completed. The monolith was also partially destroyed, but the fragments remained together due to the magnetism of the Mosmun.

Lightning and weather play an important role in the game world. Inspiration was drawn from the power of nature especially depicted in the work of painters of the romanticist movement. The work “Wanderer above the sea of fog” by Caspar David Friedrich features rocks surrounded by fog or clouds. It captures an atmospheric and emotional feeling and in order to recreate this feeling, clouds based on a particle system were implemented into the game world. The landscape paintings by William Turner also inspired our weather system. With the interplay of colour and lighting Turner represented the power of nature in his works through the usage of vibrant colours and expressive brushstrokes. We created a unique skybox that repeats the appearance of the implemented clouds and moreover tries to use impressive colours as seen in Turners paintings to create a deeper atmosphere. Combined with the environmental cloud system the effect of the weather is also powerful awe inspiring. 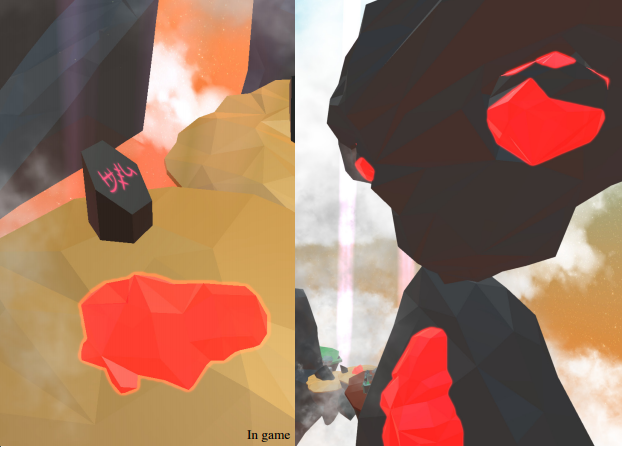 Physics in the world works much like it does on earth. The main difference being the addition of Mosmun, a very magnetic material inspired by Unobtanium that is found both on the surface and deep inside the planet. The core of the planet being magnetic, creates a natural repulsion, causing in turn the floating rocks and mountains. Removal and displacement of all this element would cause an imbalance in the magnetic field and would cause mountains to collapse, land masses to tip and the loss of a balanced orbital system. 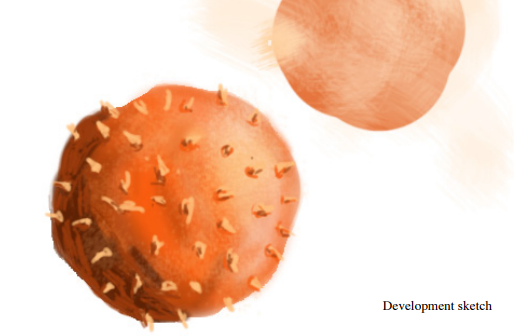 After the almost complete destruction of the world, only the strongest and most adaptable of plant life remained. Bacteria, moss and weather hardy weeds remained on the crust of the planet. Their effort in slowly rebuilding life taking place on a microscopic as well as a and macro level. Millions of spores float on the clouds surrounding the planets. Inspired the hairy tumble weed breakout in Australia, fungus reproduction and the appearance of rust bacteria, the spores are part of the planets return to balance and ability to host life and gradual evolution into other life forms. 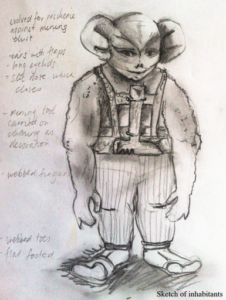 The Oituneans were a simple folk. They were short humanoids with exaggerated feet, hands, head, ears and eyes inspired by the Asura. Their facial features, allowed for minimal dust retention in the eyes, nose and mouth. Their webbed fingers and feet also creating less recesses for the mineral to remain. They were effective miners, carrying their individualised pick axe upon their person for decoration and as a statement of pride. It was a young civilization, but there had been many ruling emporers. Althought the emporer ruled, another position with much significance was that belonging to the priests. While they had different outfits and worshipped different gods and goddesses, they were all important in the community. Socially, the society depended on a rather strict division between nobles and free commoners, both of which were themselves divided into elaborate hierarchies of social status, responsibilities, and power. Economically, the society was dependent on the natural resources within the earth, mainly Mosmun and crystals.

Inspired by Mayan and Aztec religious custom and relics like those seen in the pictures, the belief system on Outine was strong. The inhabitants are long gone, but remnants indicate at least three different gods were worshipped on Oitune, one as depicted in a Children’s painting. The most worshipped god was Artune, Goddess of the Earth. Her name is derived from the name of the planet itself and is directly translated to “Of Oitune” meaning that she was once part of the planet itself and consists solely of material from the core of Oitune. While most of Oitune is spread far apart due to the planet’s destruction there is still one single temple left in this part of the world. Based on the floating symbol atop the temple it is clear this is a place where Uorh, God of the Sky was once worshipped. The last known god on Oitune was Uenta, Goddess of Night and Day. She was often mentioned in prose and there have been found several engraved poems in the floating ruins of the world. 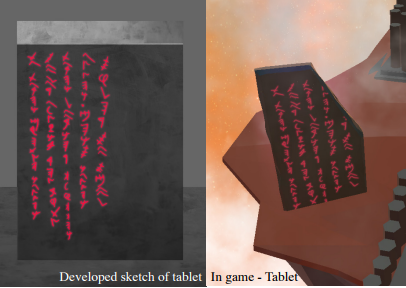