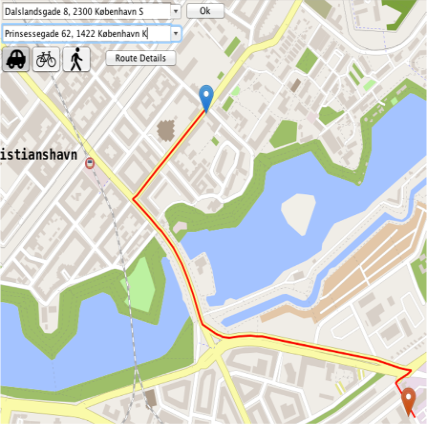 This project was made as the first year project on the ITU during my time on the Software Engineering bachelor.

The program was a interactive map much like Google Maps. The data used for the map was taken from OpenStreetMap.org and using their so called .OSM files. The program was able to pass any given OSM file and display it accordingly. The big challenge with this project was making it fast and efficient while not running out of memory. Furthermore the map had the functionality to get route direction from one point on the map to another. This was done using dijkstra’s algorithm with a* for optimization.